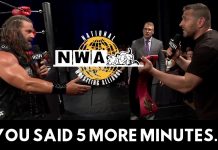 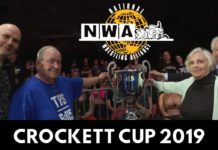 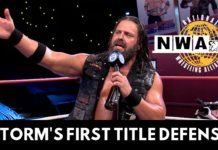 The Current NWA National Champion “The Outlaw” James Storm has not been shy about his feelings about the National Wrestling Alliance, Billy Corgan or the man holding the Ten Pounds of Gold Nick Aldis.

In the most recent #TenPoundsOfGold, Billy Corgan addressed the personal issues between himself and James Storm. The boiling issues have run deep with the president of the NWA and the man holding The NWA National Championship.

James Storm talked about Allysin Kay, Eli Drake and Ricky Starks getting the attention in the National Wrestling Alliance but not him.

What will happen in Atlanta on 9/30 & 10/1?
https://www.nationalwrestlingalliance.com/atlantatv