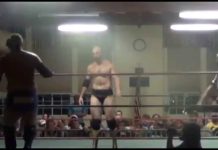 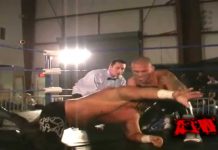 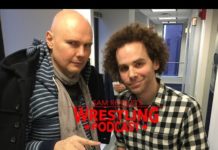 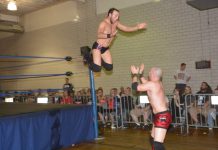 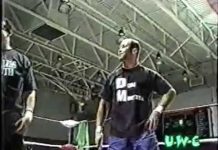 Joey Ryan, also known as “Hollywood’s Own” and “Magnum” and is best know for his work in TNA IMPACT Wrestling, Pro Wrestling Guerrilla (PWG), NWA Championship Wrestling From Hollywood, Ring Ka King, Lucha VaVOOM, Ring of Honor (ROH), MTV’s Wrestling Society X (WSX) and appearances for WWE. He has been featured in many teams, including with Matt Morgan in TNA, as The Real American Heroes with Karl “Machine Gun” Anderson in NWA, in The Dynasty with Scorpio Sky, Scott Lost and Chris Bosh in PWG, as Hollywood & Broadway with Little Guido in Ring Ka King, as That 70’s Team with Disco Machine in WSX, and in The Embassy with Prince Nana, Claudio Castagnoli, Bison Smith and Erick Stevens in ROH. He can be seen in other media outlets such as the 2012 MLB Fan Cave and a guest role Season 4, Episode 2 of RuPaul’s Drag Race.