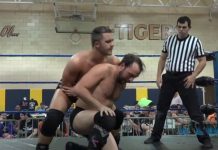 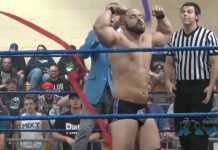 This is the director’s cut version of Warriors of Wrestling Hit the Lights. This event took place in New York City and featured a great women’s wrestling match featuring Nikki Addams vs Deanna Diaz, as well as matches from Teddy Hart, Davey Boy Smith Jr and many more!