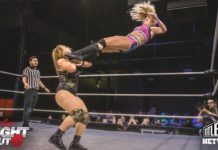 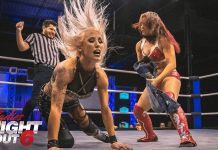 This is the director’s cut version of Women of Warriors III. This event took place in NYC and featured this awesome women’s wrestling match between current WWE star Renee Maverick (wife of Drake Maverick, known as Renee Michelle here) and Allie Recks!