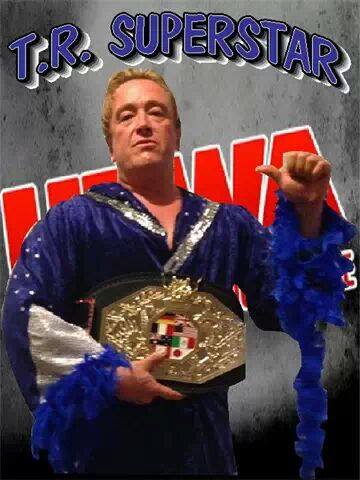 My brother Tony Richardson was involved in a car accident about a year ago and suffered a traumatic brain injury that has completely altered his life.  He can barely get out of bed, is in constant pain and for anyone who has ever met him, you know what torture this is for him.

Doctors and specialists don’t seem to know what to do for him.  His pain is causing his blood pressure to skyrocket, but they can’t figure out why.  The most likely culprit is multiple concussions, big and small, that he has suffered over his lifetime of wrestling and activity.

There is a treatment center in Colorado that specializes in injuries like Tony’s, but they don’t accept insurance.  That’s why I am asking anyone who has the ability to donate, anyone who has ever been a fan of his wrestling persona “T.R. Superstar” or anyone he helped during his years as a law enforcement officer, taxidermist,  hunter or friend, pitch in what you are comfortable donating, so maybe we can get him back to a normal life.