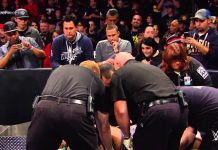 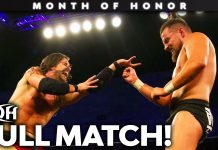 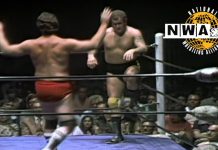 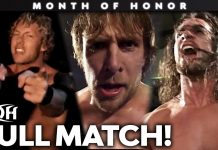 A few months after the Aries match. I had major respect for Davey’s work as well, but wanted to come in more aggressive than I did against Aries. I feel this is pretty much the pinnacle of my wrestling time. My life was already getting crazy enough with being a single dad, work, and helping with running the promotion; it became just too much stress and a couple months after this match, I had my first leave of absence – I would return sporadically throughout the next four years, never gaining the momentum I had at this time. Watching this match really, really, really makes me want to come back, with my only focus being on in-ring work.