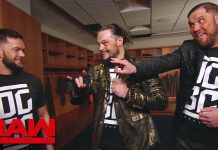 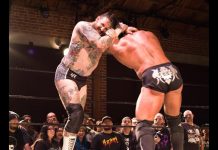 In 2003 on a hot September night in Fort Lauderdale, FL, fans packed the War Memorial Auditorium recording the second largest crowd in MLW history to see the Funkin’ Army captained by Terry Funk take on arch rival Steve Corino and his squad, the Extreme Horsemen in a WAR GAMES match.

2 rings were constructed side-by-side, as is tradition for this bout that featured a who’s who of wrestling including: “Dr. Death” Steve Williams, Barry Windham, Sabu, CW Anderson, Justin Credible, The Sandman… even Bill Alfonso?!